My trusty TM-2570A started to change channels all by itself and I wanted to try to repair it. Having just the owners manual the block diagram indicated that an encoder was connected to the main processor. If I engaged the frequency lock on the front panel the channel would stay put, with it off it would jump up or down and changing channels manually was dodgy, sometimes it would work and sometimes not. With the term encoder used I was thinking optical encoder which either work or they don’t.

Anyway with nothing to lose I pulled the radio apart and looked for the obvious and not seeing any chaffed wires of loose connections I decided to pull apart the encoder. Well what I found was far from expected, not an optical encoder but one based on resistance.

This is what it looks like after a cleaning with a Q-Tip and isopropyl alcohol, prior to cleaning it was gunky with I can only assume a conductive material.  Next I cleaned the detent and applied some silicone grease before reassembling the component. 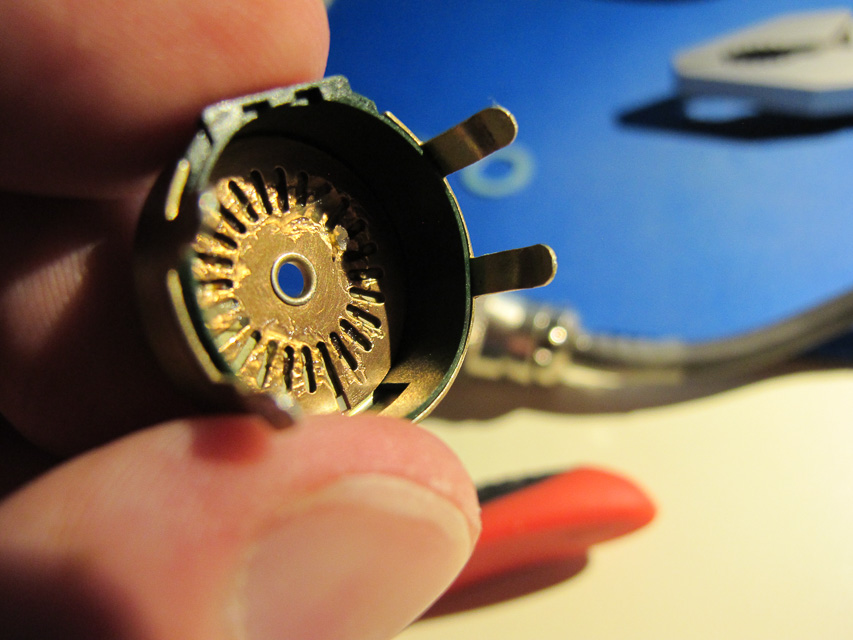 Hold the back cover on and bend the tabs back down. 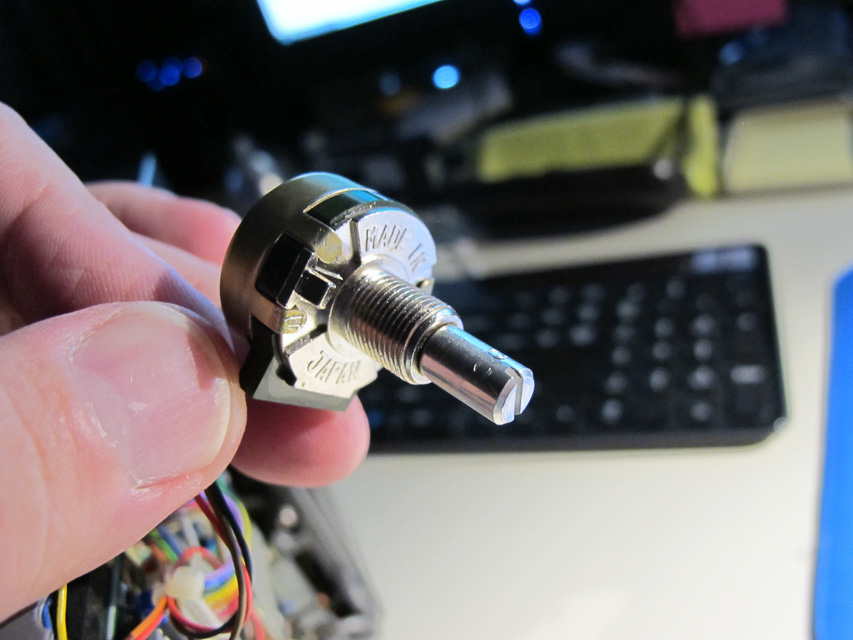 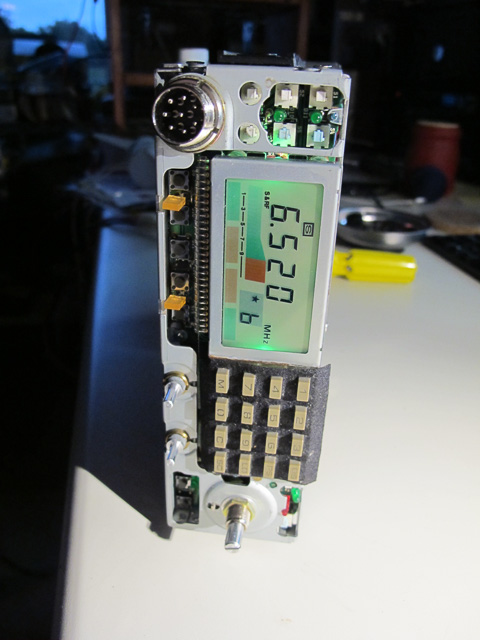 Seems to have cured the problem, the radio stays on channel and only moves one channel per detent.

As is often the case the job was made easier by having great tools. I picked these three items up at the local MicroCenter for PC work and they do a fine job on the tiny screws in these radios. The screwdriver tips are magnetic which is a must have for these little buggers and they wont break the bank. 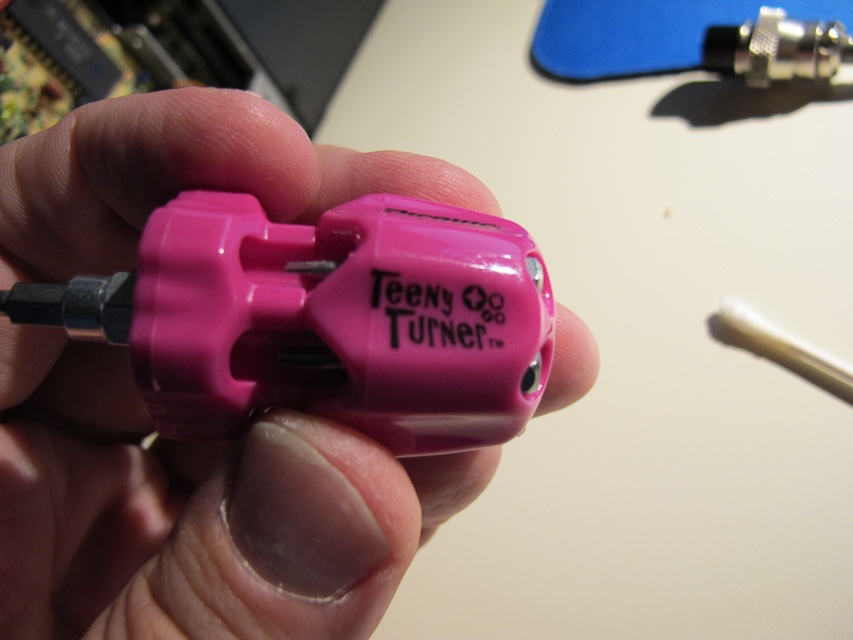