Not impressed with the matching desk mic I purchased with my last new transceiver. I began to research better options for rag chewing and contesting use. For contesting a headset is my prefered solution I wrote a posting on this several years ago. For day to day rag chewing use I had different needs.

I decided that a boom solution with a footswitch and/or VOX would work best for my typical operations. Having experience with live performance equipment I began to shop around for dynamic live performance vocal microphones which would fit my requirements.

I started with a Sennheiser E835 and built the cable needed to connect to my main rig at the time a FTDX3000. Latter I switched to a FlexRadio 6500 and made up a new cable to connect to the back panel XLR connector. I ran this mic for several years and enjoyed operating with it, and made the following observations.

Pro’s
Has a flat frequency response which I would customize with the EQ in the radio to roll off the mid and lows in order to emphasis the highs when punch is needed.
Good front to back ratio, will not pick up the speakers of VHF and UHF radios which are behind the microphone.

Con’s
Being a vocal performance mic you need to be close, within an inch or two. Depending on the layout of your station this might impede your view of a monitor or keyboard. 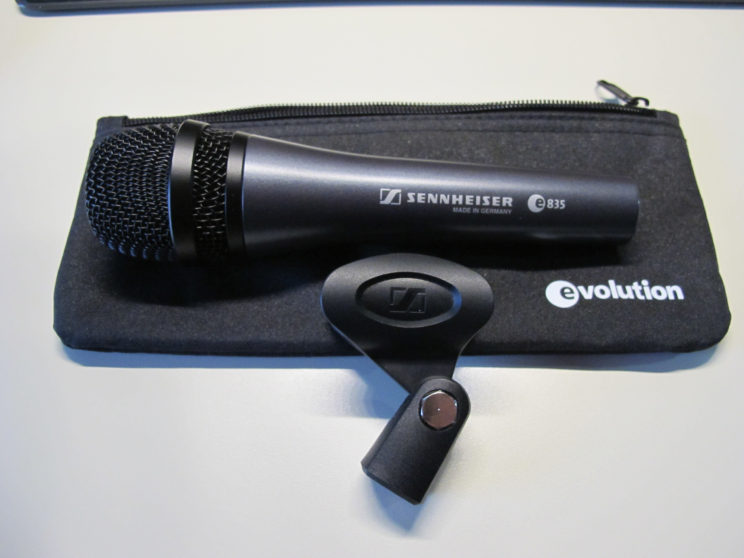 While a wonderful performer, the Sennheiser was in the way, I tried various solutions to move it to the side and such and became determined to try another solution. I thought a condenser mic might provide a solution so the search was on for a suitable mic. After several months of messing with the dynamic mic I chose a Audio-Technica AT2035 large diaphragm. Has nice features, built in pad and low frequency roll off.

Pro’s
Higher gain than the dynamic, able to keep the mic 12 to 18 inches away while keeping a low mic gain as not to pick up background noise in the room.
Has a flat frequency response which I would customize with the EQ in the radio to roll off the mid and lows in order to emphasis the highs.
Good front to back ratio, it would not pick up the speakers of VHF and UHF radios which are behind the microphone.
Build in 10db pad.
Build in low frequency roll off. 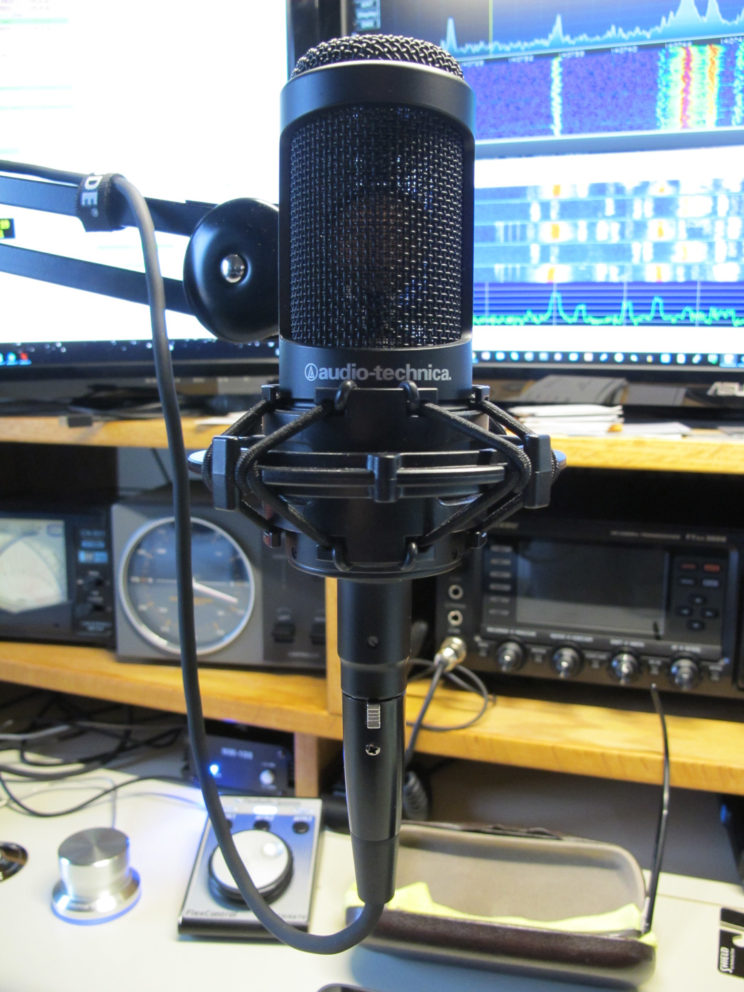 AT-2035 with the provided shock mount.

The AT2035 has a built in pad and low freq cut off filter. 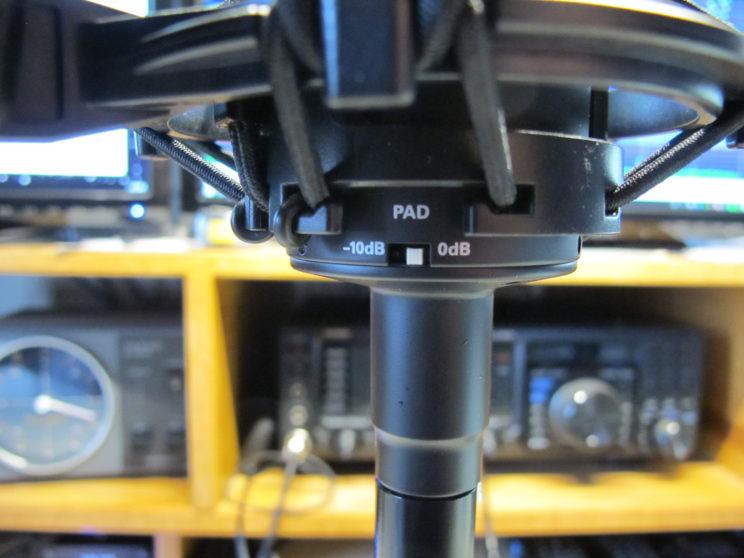 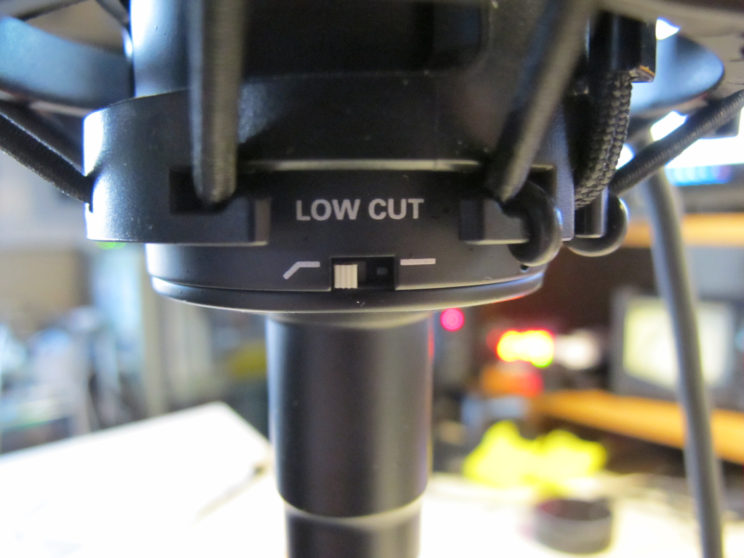 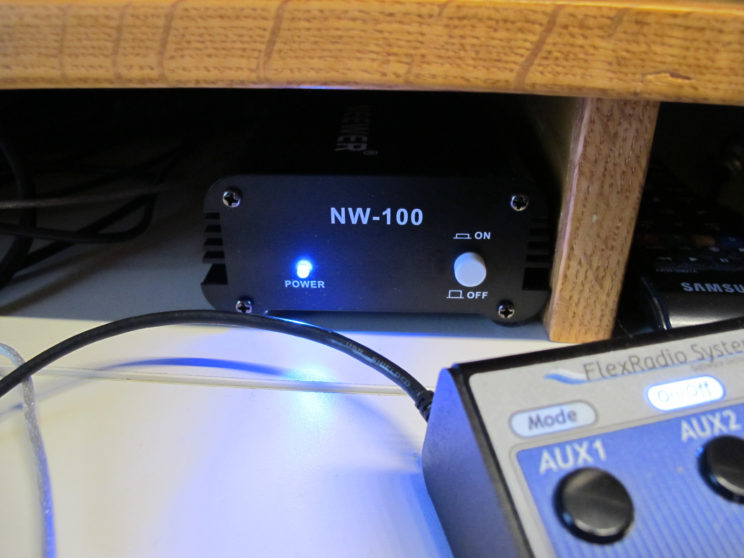 As the AT2015 is an condenser microphone it requires bias in order to function. Lots of options on the market place, this particular model has a blue power LED and I like blue.